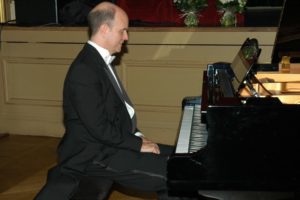 Paul Leavitt made his début as a concert pianist at 15 years old with the Albany Symphony Orchestra under the direction of Julius Hegyi. As a scholarship student he received a Master’s Degree from the Juilliard School in New York and a Bachelor’s Degree from SUNY Purchase. He was a laureate of the International Steinway Competition for Young Talents (1989) in Paris, France. A versatile musician and composer, Mr. Leavitt performs regularly in Europe and in the United States as a classical pianist, concert organist and choral conductor.

Cecelia Porter, contributing critic for the Washington Post said, “Paul Leavitt’s Requiem…should belong in every chorus’s repertoire. It is deeply expressive and skillfully written, and  successfully combines the sense of overwhelming grief and consolation that suffuse the requiems of Mozart, Verdi, Brahms and Fauré.”

The world première of his Requiem for chorus,  soloists and orchestra was given in February 2009 at Church of the Reformation in Washington, DC under the direction of Dr. Thea Kano. The new work recorded and released in November of 2009.

The European première of his Requiem took place in April 2011 at the Eglise St. Sulpice in Paris, France, produced by the Rotary Club as a kick-off benefit concert for their Clean Water Initiative. The New York City Master Chorale performed the New York premiere at Alice Tully Hall in New York’s Lincoln Center in May 2011. The work was also featured in a concert at the “Remember to Love” chorale festival organized by Trinity Episcopal Church on Wall St. commemorating the tenth year anniversary of the terrorist attacks of September 11th, 2001.

The world première of his Magnificat for soloists, chorus and orchestra was given in early December 2012 at the National Gallery of Art in Washington, DC with the composer on the podium. It was given a “second première” at Church of the Reformation in January, 2013.

His choral works have been performed by the Washington Bach Consort and the Cathedral Choral Society under the direction of Maestro J. Reilly Lewis. Most recently the Choral Arts Society of Washington, directed by Maestro Norman Scribner, sang his “In Paradisum” at the Legacy Celebration Concert at the Washington National Cathedral, in a concert honoring Maestro Scribner and his enormous contributions to choral music both locally and internationally. Mr. Leavitt also recently collaborated with Maestro Scott Tucker, the newly appointed artistic director of Choral Arts, accompanying their annual Christmas concerts on the new organ at the Kennedy Center.

The world premiere of Leavitt’s Cantata Emmanuel for soloists, chorus and orchestra, with composer on the podium,  was given on Nov. 22, 2009 at Church of the Reformation, which commissioned the work in honor of their 75th anniversary celebration. The work is based on the church’s beautiful stained glass windows. He worked in close collaboration with lyricist Juliette Amberson Jones on this project.

His Oseh Shalom (2003), commissioned by the Gay Men’s Chorus of Washington, was included on their 25th anniversary CD entitled “Changing Hearts”, and has entered the repertoire of other men’s choruses across the country. Cecelia Porter of the Washington Post said, “Paul Leavitt’s Oseh Shalom had plaintive eloquence”. Other recent commissions from the Congressional Chorus (2004) and Moonfest (2004) continue to reach wider audiences.

He has written film scores for “Hidden Grapes” by Yoshi Nishio for the Isabella Stuart Gardener Museum in Boston, and for “The Last Refuge” by Xiao Hong Cheng for the Library of Congress in Washington. Film score for “Focus on Me”, written and produced by Nini Hadjis (2002). Leavitt also wrote and performed the score for “Le Roman d’un Tricheur” by Sacha Guitry with Jean-Laurent Cochet of the Comédie Française at the Théâtre Montparnasse (1994)  in Paris, France, touring throughout Europe for 2 consecutive seasons.

Leavitt’s discography includes “Requiem and other choral works” released in 2009, “Chopin: 4 Ballades, Barcarolle and Sonata in b minor” (2007) and “Muse en Scène” (1995) featuring his piano compositions. His choral compositions are available through Augsburg Fortress Press, Yelton Rhodes Music ( www.yrmusic.com ) and through www.lumenariamusic.com.

Leavitt has been the full-time Director of Music and Arts at the Lutheran Church of the Reformation since 2003. In 2014 he was chosen to lead the Chorale of the Friday Morning Music Club and its orchestra, renamed Arioso Chorale in 2018.

(In the land of the blind, the one-eyed man is king. 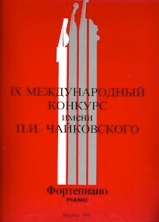 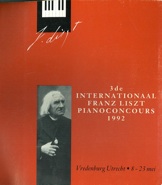